Football / Gridiron Stories from the Past 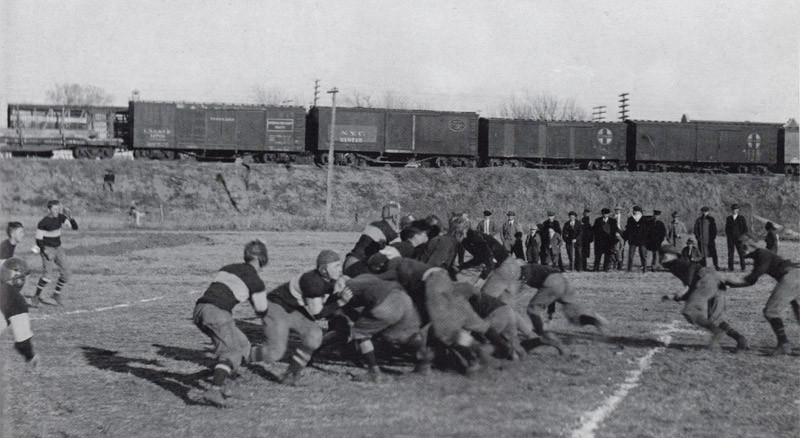 A rare in-game photograph of a Mulvane football game in the 1920s.

As we close in on the new year 2020 and have completed the 106th Mulvane High School football season, I wanted to share some interesting stories from around 100 years ago when Mulvane football was still in its infancy.

Smoking Players: 1914 was the first year that Mulvane ever had a football team. Most kids had never seen a football game and had no idea what the game was all about. In a newspaper article "Lecture In Football" it talks about how many of the boys have never seen a football game and only two players had any previous experience. In the first week of practice the coaches were having problems with the boys grasping the concept of team instead of the individual, in fact some of the kids were smoking pipes and cigarettes on the sidelines, some while in their football uniform. The coaches eventually got the boys turned around and went on to have a 2-2-1 season in 1914 as well as a string of winning seasons until they went 2-4-1 in 1919.

Sandy Training Camp: The Mulvane team of 1916 had their first training camp on the Arkansas River. According to a newspaper article on 9-7-1916: The members of the high school football team spent last Friday evening in camp on the river, in the vicinity of Alley's Grove. They had a preliminary practice on the river beach, and afterwards talked it over with the coach and the professor, and camped till morning. The prospects for a team this year, while not flattering in the way of individual stars, promises to give Mulvane a fairly good season of football games. 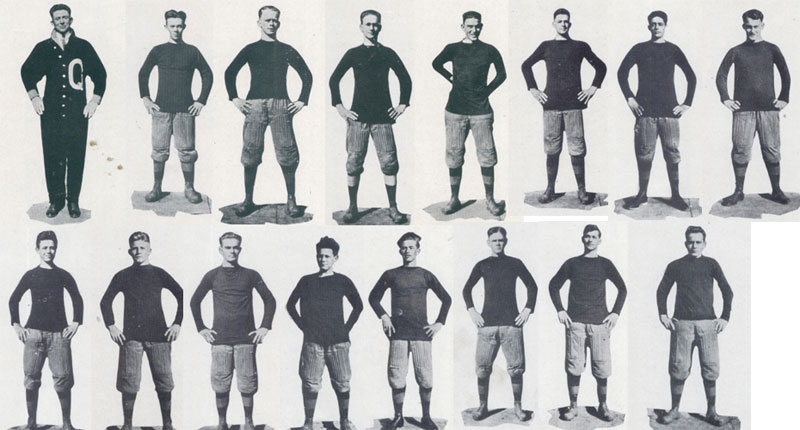 Season Cancelled: in 1918, many of Mulvane's big HS football boys enrolled in Fairmount for war purposes, so the team of was pretty small. Oct 17, 1918 - school was cancelled for a couple weeks to prevent the spread of the Flu virus (The 1918 Spanish Flu Pandemic was worldwide). There are no mention of any football games after school was cancelled, therefore the season record or game results are not known. Interestingly, the first recorded case of the Spanish Flu in the United States was in Fort Riley, KS.

Brawl in the Crowd: On October 3rd, 1919 Mulvane traveled to Douglass for a Friday football game. Mulvane fell to Douglass 7-18 and according to the newspaper accounts, "the sideline was about as strenuous as the game. The Douglass rooters seemed to have the idea that the proper way to support their team was to make it unpleasant for their visitors. There was much snatching of colors, a scrap or two, and some unseemly hair pulling. One Mulvane girl had her watch broken, her beads scattered, another was badly scratched, and a small boy had his clothes damaged in a roughing that a crowd of youngsters gave him." (Mulvane News 10-9-1919). Mulvane did play Douglass again in the last game of the 1919 season and lost 0-18 but there are no reports of crowd shenanigans from that game. That game was played at Mulvane.

Mulvane planned to appeal the Augusta game (the last game of the season which Mulvane lost 0-26) due to Augusta failing to secure an impartial referee, but instead used a home man. Mulvane would have scored a time or two, but all the officiating was for one side (per the Mulvane News). Whether or not this game was actually appealed and if so the outcome is not known.

Total Domination: The 1921 Mulvane team, which featured the duo of quarterback Herbert Butterfield and running back Frank Harris, went 10-0 and outscored the opponents 441-9, including a 105-0 route of Clearwater on 10-21-1921.

Scaredy Cats: 1922 - By the time Mulvane was done with Argonia and had defeated all the opponents so far by a combined score of 116-9, the other teams of the county league were well aware that a game with the Mulvane eleven meant a decided defeat, so one by one they forfeited. The last 3 teams of the season did not want to play Mulvane (Clearwater, Maize, and Mt. Hope) and each forfeited one by one. 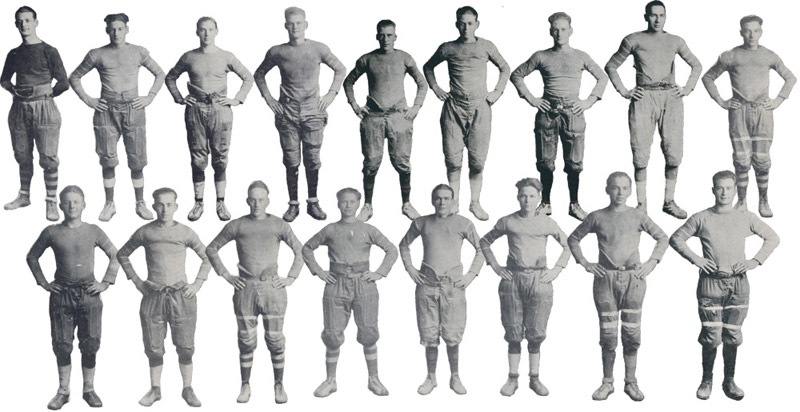